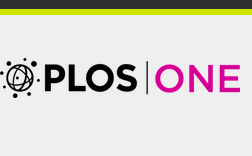 Click to read the new AITL study published by PLOS One.

Check out this new study published by PLOS ONE  on August 6th, An assessment of acute insecticide toxicity loading (AITL) of chemical pesticides used on agricultural land in the United States.

Neonicotinoids are 5,000 to 10,000 times more toxic to honey bees than DDT and are now the most widely used pesticides in the United States and worldwide. They can last for years and minute doses over time will lead to death as surely as larger acute doses. Because of this long term effect they are probably even more toxic than what the AITL study  found, that the toxicity of U.S. agriculture to insects is 48 times what it was 25 years ago when neonicotinoids were first introduced. 92 percent of  this increase is attributed to the neonicotinoids.

The environmental consequence has been a worldwide collapse of insect populations and movement up the food chain to species such as insectivorous birds. More concerning is the emerging medical evidence connecting neonicotinoids with neurological and behavioral disorders, particularly in young children.

Many European countries have banned the use of neonicotinoids, but in the U.S. the EPA has ignored the evidence and has turned a blind eye to the science. As a result the environmental damages in the United States continue to grow each year.

Read more in this article published by The Guardian, Pesticide widely used in US particularly harmful to bees, study finds.