Another sad message to share. Dutch toxicologist Henk Tennekes died  July 7, 2020. Henk had been in increasingly poor health for some time. His passing is the loss of another leading voice in the war against pesticides in general, and neonicotinoids in particular.

Henk entered the scene in 2011 with his book, A Disaster in the Making. He applied his years as a toxicologist in cancer research to actions we were seeing with the neonicotinoids, introducing us to the Haber’s rule, the Druckrey-Kupfmuller equation and the dose-time relationship. In short, he demonstrated that the action of neonics is cumulative and irreversible, that there is no safe dose, and given sufficient time, even the smallest exposure can lead to death.

Henk was excoriated mightily by the chemical industry and even within his own profession, ironically a measure of the validity of the concerns he raised, which made them all very uncomfortable. Even today the “Plant More Flowers For the Bees” movement ignores the message Henk brought to us and few researchers appear willing to grasp the enormity of the environmental poisoning he warned of.

Henk’s last words were reported to have been “be careful with the earth.”  Are we? Will we?

Rest in peace, Henk. You did your best, your battle is over now, and the rest falls to those of us who remain.

I include two links which expand on Henk’s work.

The first is a powerpoint published by the Hampshire Beekeepers Association which talks a little about Rachel Carson, and then Henk’s work and his book, A Disaster in the Making. 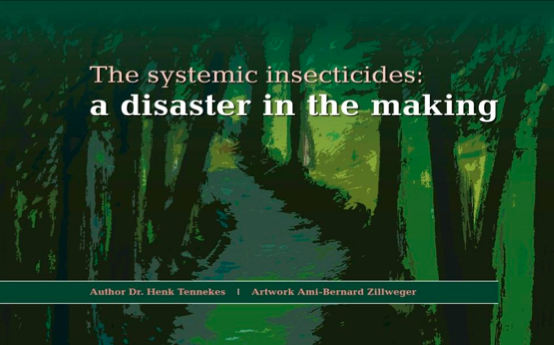 Click the image above to view a powerpoint about Henk Tennekes’ book, “A Disaster in the Making.”

The second is an interview June Stoyer and I did with Henk in 2013.