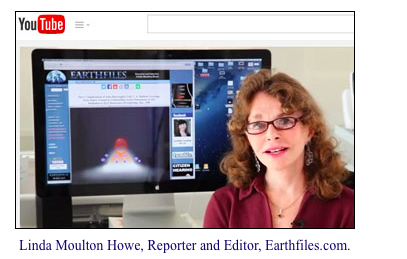 Linda Moulton Howe began reporting on the bee losses very early on, starting with Dave Hackenberg’s sudden losses in 2006. I’ve done one or two interviews with Linda, but it had been two or three years since we’d spoken when she called in April to ask how the bees were doing. When I told her what had been happening since we last talked she asked for another interview, which appeared on the all night radio program, Coast to Coast AM, April 27, 2017.

While this interview was impromptu, with only 15 minutes to prepare while Linda powered up her studio, I think it does a good job of covering the major elements of the dilemma we find ourselves in.

Some of the figures I share in this interview are astounding and perhaps hard to believe, but the math is simple and anyone can do the calculations themselves. For the past two years I’ve spoken out on the massive environmental poisoning we are experiencing – the toxic equivalent of hundreds of billions of pounds of DDT, every year – and I’ve yet to see any challenge to these figures from the chemical industry. If I’m wrong, I invite them to come forward and show me where.