In June of 2014 the Obama White House issued a Presidential Memorandum calling for a “federal strategy to promote the health of boney bees and other pollinators.” This was to have been completed by December of 2014. On May 19, 2015, five months late, the Pollinator Health Task Force Report was issued, and despite the delay is a very disappointing work product.

The EPA and USDA were put in charge of this Task Force Report, and of course critics raised the question of putting the foxes in charge of the chicken house. Well, the foxes have chicken feathers on their breath. The evidence is that we may be experiencing the most massive poisoning of the environment ever and the Task Force has conveniently avoided this, to the delight of the chemical companies.

Read the following articles and form your own opinions. Google the subject on the internet and investigate on your own if you need more. 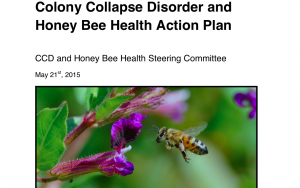 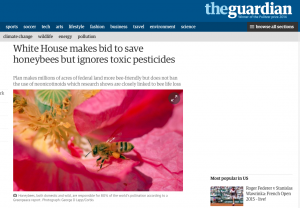 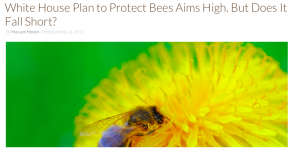 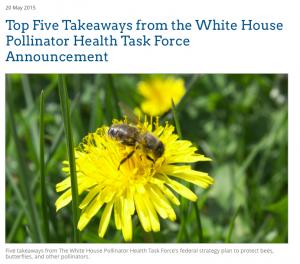 3 problems with Obama’s plan to save the bees 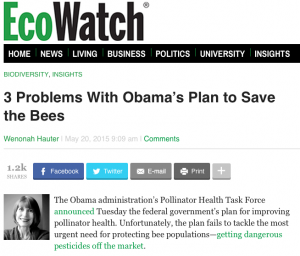