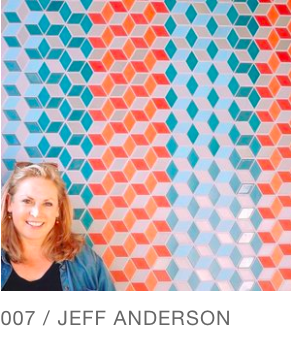 Click to listen to Jeff Anderson interviewed by Terry Oxford at Pollinators and Power podcast.

When I post something like this Jeff Anderson interview on Tom’s Corner it is usually with a preface from me, but I could hardly do better than the words of Terry Oxford. This is another powerful interview by Terry, who in addition to her podcasts, has her 15 minutes of fame as the San Francisco Rooftop Beekeeper.

“Jeff Anderson, owner of California Minnesota Honey Farms is a long time migratory beekeeper with thousands of hives and a front line activist fighting the powerful pesticide interests in our regulatory agencies, the EPA, USDA, BIP and powerful Ag Public Universities.  All are entrusted to care for bees and beekeepers, but they don’t. They protect the chemical industries interests or as Jeff calls them, The Bayer Boys.  For years Jeff has done everything he could to protect his bees from agro-chemicals.  This interview was hard for me.  Its long because I just couldn’t cut his words.  What he has to say is so telling, so critically important and the impact on me has been lasting. I didn’t sleep for two nights after this interview.  Jeff never wanted to be an activist but the system was set against bees and nature ever surviving our crops.  An impressive man, I really honor his work and depth of knowledge and experience.  Please listen…it heats up as it goes.” -Terry Oxford

This is an excellent interview by Terry, well worth your time if you want to understand the history and perhaps the future of some of the monumental challenges we face in the world of agriculture and pesticides. Jeff Anderson and I have been fellow travelers on these issues for more than 20 years, but even I found this conversation enlightening, bringing clarity to things I had been involved in, but that had blurred a little with time. Jeff is an invaluable keeper of many of the details and he is an invaluable resource to all of us.

These are extremely important issues we face, which go far beyond bees and beekeepers. Interviews like this don’t just fall off the shelf, they take many hours of effort. Please take the time to honor the work of Terry and Jeff.